Annual State of Video Report also shows the use of video in sales and customer conversations jumped 93%, with ROI steadily improving year over year

KITCHENER, Ontario – December 14, 2020 –  With the forced shift to remote work this year, video content went from a nice-to-have to a need-to-have tool for companies, a new research report shows. The number of respondents investing in asynchronous one-to-one video grew exponentially, from 7% in 2019 to 40% in 2020, representing a 471% increase year over year, according to The State of Video Report – 2020 Edition released today by Vidyard and Demand Metric, now in its seventh year.

“We’ve seen 10 years of digital transformation occur in 10 months. The pandemic may have been a forcing function, but what’s clear is that video in business is here to stay,” says Michael Litt, CEO and co-founder of Vidyard. “Video has become an essential tool for every organization. We’ve seen behavior and cultural attitudes toward remote work and using video change just as quickly.”

As virtual selling became the norm, the report also shows that the use of video in sales and customer conversations is on the rise. The percentage of respondents who report using video for sales prospecting and customer engagement increased by 93% year over year. In addition, nearly half of the respondents (48%) said that the ROI they were getting from video was growing (vs. only 28% in 2018).

Since the start of the COVID-19 pandemic, businesses have recognized the need to invest in video content in order to ensure their long-term survival, with uses ranging from collaboration with co-workers to sales calls. Despite promising news regarding vaccines, nearly a third of workers don’t want to ever return to the office. As such, companies have turned to video, both synchronous (such as Zoom Video Communications) and asynchronous (such as Vidyard), to supplement face-to-face interactions, reach their target audience, and grow their business.

The State of Video Report Key Findings include:

The future of video is looking bright: 83% of respondents report that video is becoming a more important form of content to their organization.
Video remains a top performer for driving conversions: Almost all study respondents (94%) report that video converts the same or better than any other content form.
The use of video has proliferated in the past year: The percentage of respondents who report their company creates more than 51 videos each year increased by 254% in 2020.
Video viewing data is a crucial sales enablement tool: Nearly 90% of sales professionals report the importance of accessing video viewing data to qualify leads, engage prospects, or influence deals.
There is a strong relationship between measurement and satisfaction with video: Brands that use intermediate or advanced video content effectiveness measures report the highest levels of satisfaction with video.

Making the Most Out of Your Video Investment

Given the skyrocketing increase in video, Vidyard and Demand Metric identified four steps every company should take to maximize their investment in video:

Align and educate your team: Break down the silos within your company and improve communication between departments that use video. Establish a cross-functional video enablement team that can gather insights into what other departments need to be successful with video and identify process improvement opportunities.
Invest in a scalable video solution: Video creation and hosting have never been more affordable. And while the costs of video continue to decrease YoY, the relationship between investing in video and seeing ROI from video efforts remain unchanged.
Leverage video viewing data: When companies track their results and leverage video viewing data effectively, they gain important insights into viewers and consumption. These insights help sales reps prioritize follow-up and empower video creators to make even more impactful content.
Experiment with different video types: Companies that want to get the most out of their video investment must continue experimenting with different formats. As new types of videos become available, test them on a limited scale, review the results, and double down on what’s working.

The results of The State of Video Report were based on a survey of more than 300 respondents in North America, administered online during the period of October 21 through November 2, 2020.

Vidyard’s tools for video creation, sharing, hosting, and tracking are free for any organization and business professional to use. Get started today at https://www.vidyard.com/free-screen-record/.

Vidyard helps businesses and professionals connect with their audiences in a whole new way through engaging, personalized, and measurable video experiences. Through its global video hosting and analytics platform, Vidyard empowers businesses like LinkedIn, Zycus, League, Stanley Black & Decker, and others to transform their approach to marketing, sales, and corporate communications. Through its free and pro tools, Vidyard helps any business professional create and share custom videos to deliver their message in a more personal and impactful way. Thousands of businesses and millions of people around the world rely on Vidyard for their video needs. Sign up for Vidyard for free: https://www.vidyard.com/free-screen-record 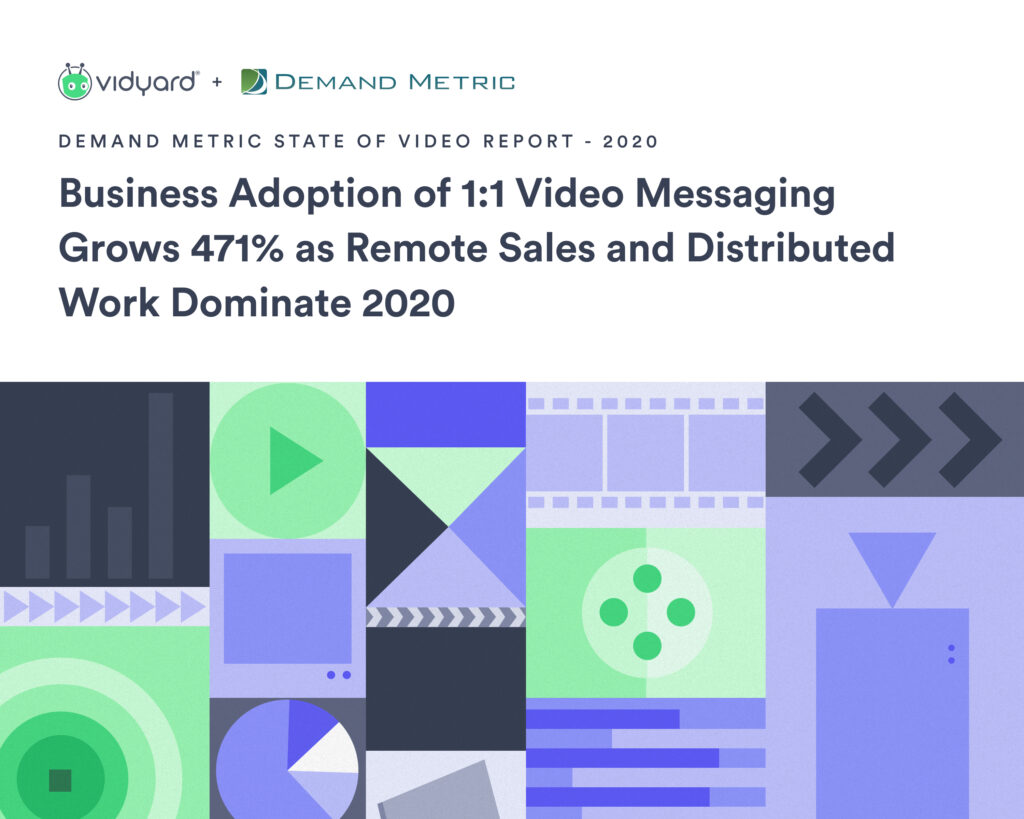 How to Use Video in Every Stage of Your Event Marketing How to Make a Documentary: A Step-by-Step Guide to Filming Like a Pro